Friday, September 30, Strange Fruit: With translation assistance from David Ribeiro I had the good fortune to stumble on a lesser-known literary descendant of the Heap. His most famous creation, however, is Mirza, mulher vampire Mirza, the Vampire Woman. Although I cannot make a direct connection, O Morto is a human-derived, but dead creature of the swamp. 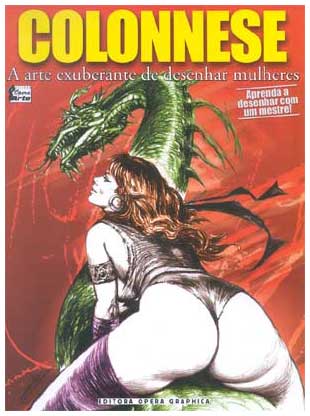 It seems to have inhuman strength despite the spindly nature of its limbs and short, hunched torso. Like the Heap and most swamp creatures that follow it, O Morto is immune to bullets. At the same time, the character has enough dissimilarities to give O Morto his own flavor. Unlike most comic book swamp monsters, and again ahead of later muck men like Swamp Thing and Sludge, O Morto can reason and even talk.

Although its skin is heavily textured, where that of regular people is undecorated, it retains a more human shape than the Heap or Man-Thing, even with a halo of hair with a balding pattern. In another departure, O Morto does not wander far from his swamp.

O Morto remains where he is, and waits for the evildoers to come to him. And come they do. Blackmailers, marijuana smokers, and other bad men.

Uniquely among the muck monsters of comics, O Morto always carries an enormous single-bit axe. As the name implies, O Morto regards himself a dead person. His immunity to bullets seems to back this up.

His subsequent resurrection is left as a mystery, but this explains some of the moral yet harsh nature of his justice, and his territoriality. Despite this new understanding of the character’s background, he solves his problems in the the same way, an axe-blow to someone’s head. Ted Sallis who became the Man-Thing, Cokonnese. Judges of this period in Brazil were not required to have a law background, merely to pass a test on the local laws.

In this way, O Morto seems to presage such slasher fare such as Jason Voorhees. But where Jason varied his implements and tended to merely start with the immoral youths and move on to their friends, O Morto just goes after the bad people. With a huge axe. Only those he believes are bad. As such, his stories tend to follow the mid to late Heap style of story.

A bad person goes into the swamp, only to be violently foiled. O Morto is also the only supernatural element in the these stories. Everything else is strictly noir or crime. O Morto does double-duty, however, serving both as character as well as eugeenio.

In the earlier stories, he has a splash image taking up the majority of the page, usually delivering a ghoulish or misanthropic message. O Morto definitely has a personality. He is misanthropic, several times referring to humanity as muck or slime, happy when the mulch of humanity returns to the muck of the swamp. And he is colomnese than willing to refer to the reader in such terms. Lodo e o podridao como estes dois! Ervas malditas, Mosquitos, pernilongos, oh!

All this fulfills my poet’s sensitivity, deep in my soul! Although I do not have “background” and much less soul!

The final story of Morto, and the one in which Mirza and O Morto finally meet. The swamp is lit like a noir film, dark and white, with no grey tones.

The line work is reminiscent of both Bernie Wrightson and Steve Bissette, fine and frenetic in places, other times using broad gestures to suggest more than is actually present on the page. Colonnese has a fine eye for the grotesque, and constantly creates memorable images. Additionally, there seems to be a contradiction in the introduction: I would send queries to the publisher, but Opera Graphica ceased operations in Further, I have not been able to find any reference to Len Wein or Bernie Wrightson, the same for Roy Thomas, Gerry Conway, and Grey Morrow, creators of Man-Thing which famously and contentiously debuted months before Swamp-Thing did mentioning O Morto when they recount the origins of their muck monster.

Hopefully, and perhaps this article will help, the character will get more of the exposure that it deserves. O Morto appeared in twenty different stories, spread out over thirty-five years.

Only seven appeared in the eponymous collection which was published by in All stories were illustrated by Colonnese.